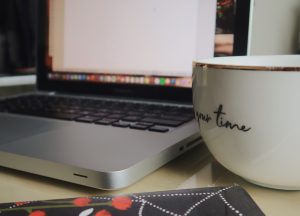 For my fifth YA fantasy book, I’m trying a few things that I’ve never attempted before… Find out more soon on my writing channel on YouTube or in my Instagram Stories!

Title: Among the Gifted

The fourth YA fantasy book I’ve written—and my favorite so far! Among the Gifted is complete at a little over 90,000 words.

Introverted Elliana vows to be bold when she is accepted to study abroad in the world of the Gifted, but her hunger for adventure attracts more than dangerous new friendships in the shrouded hallways of the Academy Centrosa.

Like so many writers, my infatuation with writing goes back to early days devouring books while snuggled up in my twin-size bed, buckled in the back seat of the car, or hidden in some quiet corner of the library. I wrote my first short stories before hitting double-digits (though, let’s face it, they were mostly just rip-offs of Nancy Drew), and somewhere in this blissfully happy state of creating for creation’s sake, I decided that I wanted to be a writer.

I began writing my first fantasy novel at 13. Almost as soon as the idea popped into my head, I was scribbling random notes of names, places, and things into a notebook, then plunging into Chapter One before I really knew where I was going. I would learn later that discovery writing, or pantsing, is not where I shine. But the outcome is something I will cherish forever: my very own novel. It was the first time I dipped my toe into the incredible world of novel-writing—and I was bewitched.

My second book, later in my teens, started with the vague inspiration of an outline, and the resulting story was about that much better. While writing my third, which I only set about once I had taken the time to construct a much more concrete sense of a plot, I began making videos on my YouTube channel to document the process, for myself and other writers who wanted to share the journey with me. They (maybe you?) joined me from the middle part of my first draft through several rounds of revisions, until I finally decided it was time to set the project aside and begin a new one. This one I called Among the Gifted.

What comes next is, I hope, a journey that I can continue to share more of with anyone who might be interested. Because, if there’s one thing that I’ve learned over all this time, it’s that the spell I fell under while writing that first book is far from ever breaking.